The Ayahuasca Symposium is a holistic event, integrating academic and spiritual wisdom, to provide the audience with a thorough introduction to the sacred Amazonian plant medicine ayahuasca. The full-day program incorporates 9 speakers, a sacred ayahuasca ceremonial music concert with 6 acoustic musicians plus a DJ Set, a Palo Santo & Mapacho smudging ceremony, a Cacao ceremony, 2 vegan meals, and plenty of time for community connection. The Symposium will be the largest ever event dedicated to ayahuasca to have happened in London, and will be held at the beautiful Old Hackney Baths. More information and tickets

The Psychedelic Society is once again co-curating the Mind, Body and Soul area at this year's Noisily Festival. There's a fantastic lineup including many familiar faces and we will also have our own geodome for improvised and after-hours fun! The Psychedelic Society benefits from every purchase made via this link.

Experience Retreats in the Economist 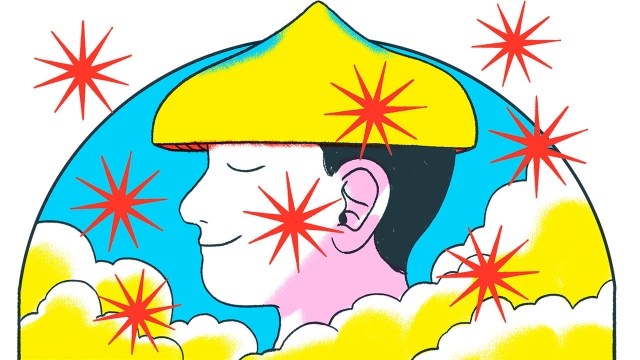 Our Experience Retreats are the longest standing psilocybin retreats in Europe: we have now held 46 retreats for 598 participants. This month, the Retreats featured in The Economist! A couple of quotes from the article:

"It was like being transported into a parallel dimension of eternal unfolding completeness and divine bliss."

"Lode Lhamo, a French facilitator who adopted a Tibetan name after becoming a Buddhist in India, says the whole team is motivated by “the level of wounding and pain that people carry. We can’t really transform society unless people heal themselves."

Places are now available for retreats from September – December. Read more and apply

Our space in Homerton is now open for co-working during the day. More than just desk space, we offer morning yoga, communal lunches, afternoon meditations and skillshares with the intention of creating a thriving community.

“What an excellent example of how all work places should be. An inspiring place where you feel safe to be yourself. A place that enhances ones creativity, energy and self esteem with yoga, meditation, hugs and skill sharing. A true community.”

Our petition to reschedule psilocybin has now passed 10,000 signatures, and we are excited to announce that we are helping to set up a new and independent charitable organisation that will solely focus on this work. The new organisation has already been endorsed by MPs from the Conservative Party, the Labour Party, the Liberal Democrats and the Green Party and will launch with an event in Parliament over the coming months. Stay up to date by signing the petition

The Psychedelic Society's Stephen Reid and Gaia Harvey Jackson are currently spending some time in Totnes, Devon, and recently held an exploratory social into the possibility of a Psychedelic Society in Totnes which was very well attended. We are thinking hard about how best to expand the activities of the Society nationwide, and we anticipate soon setting up regional groups corresponding to the UK's lieutenancy areas/ceremonial counties. Watch this space for further news.

The Psychedelic Society is a non-profit organisation. We are a mixture of volunteers and paid staff, with no one being paid more than £15/hour, and we rely on the generosity of people who understand the transformative potential of psychedelics. We are delighted to report that we now have 553 members donating a total of £3,618/month. Become a member today and receive:

Join now for as little as £5/month